Mr Kumar Kunasingam is a consultant orthopaedic surgeon who specialises in feet and ankles. He and PhysioMotion physiotherapist Zoe Birch shared their experience of preparing people properly for the demands of rehab following foot or ankle surgery.

Zoe: What information should both physios and surgeons ensure that the patient is aware of when considering surgery?

Kumar: This is very specific to the pros and cons of each surgery. And every patient is different regardless of the surgery. So it’s taking those factors into consideration. And often it’s patient plus family. Preparing them is sometimes a very quick thing with some of the simpler pathologies, and sometimes they need to go away and have a think.

Often, patients can avoid surgery if they engage in their physiotherapy with a good therapist. I like telling patients this, because it’s important to avoid the risk of surgery. And so sometimes after seeing me, they need to go away and have a think and ask themselves, “Well actually, have I done enough?” And I think for the physiotherapy side of things it’s useful having someone from a different speciality, such as surgery, saying: “Do you really think you’ve done enough? I know who you’re with, they’re great. You may be able to get away without doing the surgery at all.”

Surgery’s not a quick fix. There’s a lot of investment from the patient and the team. Some patients will say, “Please just do it. Don’t tell me about the risks or the pros and cons. Ethically that’s not right, and we want to do the right thing by patients. Don’t get me wrong, I love operating. It’s much better for me financially. But that said I want the pros of conservative treatment to rule. We need conservative management first and foremost… and then last as well.

Zoe: I know from my side, when anyone says, “Can’t I just have a surgery?” I always say to them, if you have the surgery, we’ll still be seeing each other because you have to do the physio after the surgery. How important is it to be clear on what they can expect post-surgery?

Kumar: I’m quite a positive person and when you’re talking about surgeries it’s about being honest. Giving the pros and cons and going through the risks but also being positive about it. I engage in my surgeries and I want my patients to engage as well. With their buy-in their outcomes are much, much better. It’s their investment as well. So, when I talk about the aftercare, I like to predict the time ahead. I like to predict the next 6 weeks, 3 months, 3 years.

You’ve got to be realistic. But again it depends on the individual. Sometimes you can predict how things are going to go, and sometimes you can’t. It’s tough. That said, I worked with a very wise surgeon in Australia who said to me if you are able to predict the realistic future for the patient they will thank you for it. Because we want to know what’s going to happen tomorrow in our lives. We have schedules, families, jobs. It’s really important for us to look forwards.

I do think it’s really important to be able to say: “In two weeks we’ll check your wounds. Bones heal at 6 weeks, but they take 3 months to be strong, etc.”

And it’s not the easiest to get those messages across on paper or on web. If you can engage them at the first meeting and these messages are reiterated by the physio or the surgeon, whoever is seeing them next, then the message does sink home. That’s why it’s important that the physio and the surgeon are on the same page.

Consultations are intimidating. There’s a lot of information that is given. Letters come after the event, but often the memory of what happened is quite difficult to draw on. So during the relationship, we can reiterate, and reiterate and reiterate and be realistic.

I avoid the phrases: “You’ll be just as good, or you’ll be better than before.” I don’t really believe that. I always say to patients: “You’ll be amazing, if you engage and do the right things. But it’s not going to be the same as it was before. However, I don’t think you’ll notice a difference. I really don’t.” Our bodies are amazing at adapting. It doesn’t matter how old we are, how physical or unfit we are. We do adapt to things. I think it’s more honest than saying, “You’ll be better than before.” 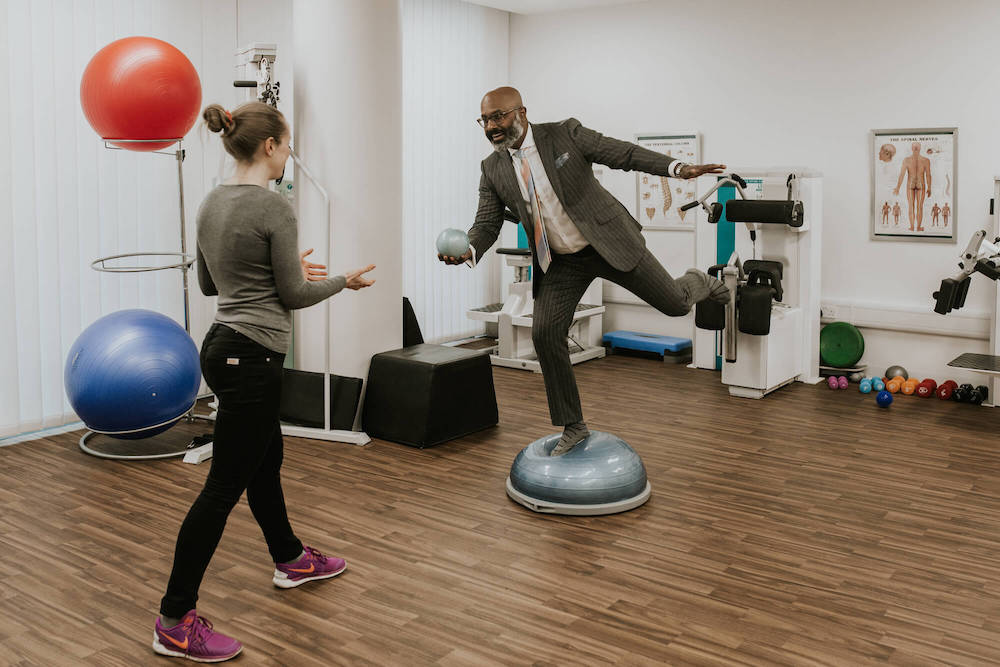 Zoe: I think being able to set realistic expectations and reassure patients about their progress comes from experience. Being able to refer to the experience of past patients. For example with my experience of patients who’ve have an Achilles repair, they’ve told me: “First thing in the morning that one always feels slightly tighter than the other one.”

I explain it like if you’ve had to tie a broken elastic band back together, it can still stretch, but it’s never going to be the same length. It’s always going to be a little bit shorter. And it gives them that reassurance that even though they have that slight tightness, that’s normal and they can still do everything they wanted to do.

And then I also tell them the negative stories about the patient who didn’t do their rehab. That they took X number of months more to get to where they wanted to be. So they know they do need to stick at it. I also make a point of the importance of keeping at it after the 3 month mark. The progression will then be slightly slower, but this is the crucial part to getting back to what you want to do. And it can be demotivating when you do something, but you can’t make the next leap yet.

You have to keep that motivation, or you have to re-evaluate what’s important in your life. People need to know that.

Kumar: Yes, think you’re 100% right. We have the ability to set guidelines and also to set markers and so they need to stay within the guidelines and aim for markers. I agree with your timescale. Often patients will come up with something like, “I want to go to ski at Easter” or “I want to run a marathon” or “I want to be able to go and see the grandchildren at a set date”. It’s wonderful to have those markers to move towards. In the latter stages of physiotherapy, most people do disengage. They need to stay on the wagon for long-term positive gain from surgery.

When patients are not doing well, they’ll sometimes come to me and say, “It’s great, I’m back to x,y and z, but I’m not quite right.” So my first question is: “How did you get on with physio?” And often, at that stage they’re very honest and say, “I haven’t been doing this much as I should do.” They kind of know the answer before they come in, and it makes my life a lot easier, because I can just say, “I think we know what to do next.”

And so they’re then reassured that actually this is kind of normal. I do need more. Maybe I should push myself a little bit harder.

It’s modern living isn’t it. People want a quick fix. It doesn’t really exist in the world of the body. It will take as long as it’s going to take, and everyone’s slightly different. You and I quote averages, but to have an average, we need the extremes at time as well. Patients need to understand that. 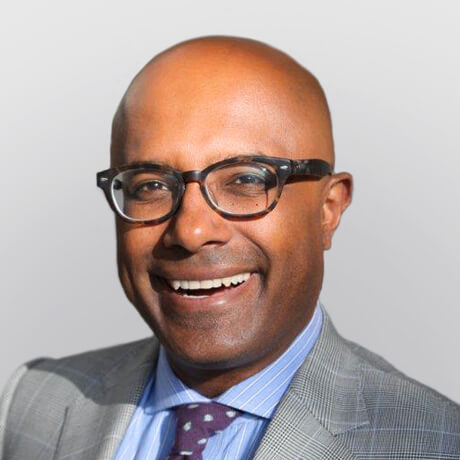